Double Insurance from Exchange of Contracts

Posted on January 29, 2014 by Anthony Wakefield


You have put in an offer for a new home and it has been accepted. Your solicitor has finalised the searches, you have a positive survey report and you now proceed to Exchange of Contracts. You call your broker or insurer and instruct them to provide insurance for the new home from that date.

According to Common Law, the onus to provide insurance falls upon the buyer unless the contract stipulates otherwise. There is no standard legal requirement for the seller to insure the property between Exchange and Completion. However, in practice many sellers maintain cover in place.

In a Court Case National Farmers Union Mutual Insurance Society Ltd. v HSBC Insurance (UK) Ltd. the seller’s insurance policy excluded payment “if the buildings were insured under any other insurance” and thus the purchaser’s policy had to pay in full, without recourse to the seller’s policy.

So, from a seller’s point of view, paying for continued cover after Exchange of Contracts could initially be seen as a waste of money!

From a purchaser’s point of view, the benefits of arranging cover is that the Surveyor’s Report should contain adequate guidance as to the current Rebuild Cost of the Property and should also highlight any defects in the property. Proper searches with the Environment Agency and Local Authorities should establish whether there is a known Flood, Subsidence or Mining risk and therefore the disclosure by the purchaser to the insurers should prevent any underinsurance or non disclosure issues. A caveat though – always check with the vendor to ensure that there have not been any claims or potential claims made against their insurers, because these can be dredged up by insurers in the event of a major claim.

From the vendor’s point of view, saving money by not continuing to insure could result in dire consequences for the following reasons.

The recent floods in the UK have highlighted the problems of losses that could occur between Exchange and Completion. Under the Standard Conditions of Sale (4th ED) (SCS) the seller is obliged to transfer the property to the purchaser in the same physical state as it was at the date of exchange, but allowing for fair wear and tear.

If the seller has insured the property and there is a claim in the intervening period, any settlement amounts accrue to the benefit of the purchaser on or soonÂ after completion. This assumes that the contract is completed, which in the case of a major event would be unlikely.

Vendors need to consider the consequences of failing to insure, should their home became temporarily or permanently unfit to live in following a flood or fire loss. Our clients that have suffered flood losses are looking at a six month minimum delay before they are able to move back into their home. Alternative Accommodation cover benefits the policy holder, not third parties, so if the vendor does not have insurance of their own in place they could end up covering the cost of rehousing themselves, let alone being able to reinstate their property!

What conclusions can we draw from this? It would seem best from both parties’ perspectives for dual insurance to remain in place, even considering the precedent of the Court judgement. There can be several months’ delay between Exchange and Completion and making doubly sure that insurance is in place during this period could avoid a disastrous case of falling between two stools!

This article is designed to raise as many questions as it resolves! For research we have studied the advice available online from Stephenson Harwood and it is to be used as a discussion document. Comments and counter arguments would be welcomed. 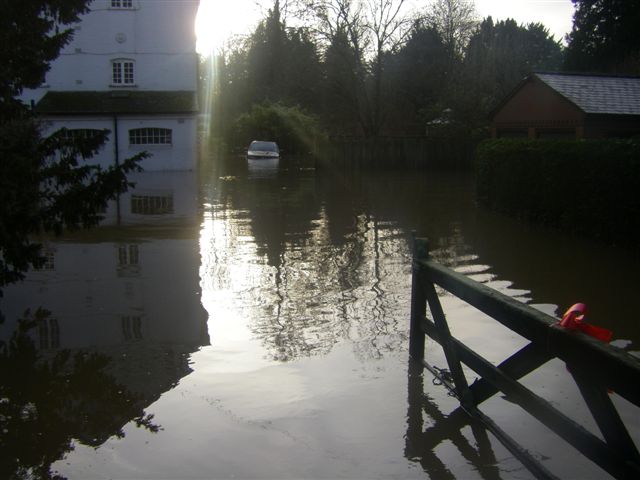